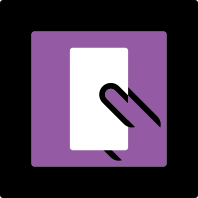 Less than three years ago, engineers from Twitter, LinkedIn, Dropbox, Pinterest, and Facebook — including two from the then brand-new Facebook London office — met at Mobile @Scale in Menlo Park to talk about the challenges of building mobile software at large scale. Last Wednesday, the first Mobile @Scale London showed how far mobile development at scale has come in only a few short years.

In 2013, a lot of the conversation was about how to adapt approaches to testing, optimising, developing, and deploying software that had worked well on the web to the new mobile platforms.

Fast-forward to 2016 — you can imagine a musical montage showing lots of hacking — and instead of the conversation being about adapting to new mobile platforms, it is now about improving mobile platforms themselves.

The nature of the conversation has also changed. In 2013, the takeaways were lessons learned. In 2016, they are tools, frameworks, and platforms that can be downloaded, installed, forked, built upon, and deployed.

Mobile @Scale London was about crossing boundaries, improving platforms, and sharing code between organisations, but as Henna Kermani highlighted in her talk about using Facebook’s open source Fresco library at Twitter, each of those collaborations started with a conversation between engineers.

After a day of listening to conversations between 300 of the smartest mobile developers, I’m excited to see what the next three years holds.

Videos of the Mobile @Scale London talks are posted below. If you are interested in joining the next event, please check out and follow the @Scale Facebook page.

Read More Read Less
We believe that any kind of harassment is unacceptable and so expect speakers and attendees to honour the Open Code of Conduct detailed here http://todogroup.org/opencodeofconduct/#@Scale. If you experience or witness unacceptable behaviour – or have any other concerns – please report it by contacting us via conduct@fb.com
Share
Event Completed
Mobile @Scale 2016

Despite the progress made over the last few years, it is easy to conclude that the web still hasn’t caught up to the native platforms. In a fascinating final talk, Jeremy Keith explained why that comparison doesn’t make sense.
Mobile @Scale 2016

React Native: Bringing the best of web development to native

Moving to native made Facebook better for people around the world but not always better for Facebook developers. Pieter De Baets talked about the challenges of building across multiple platforms and how React Native is poised to bring ...
Mobile @Scale 2016

“What if we changed this list to a grid?” It sounds like a simple question, but in practice it’s not. John Sundell and Diego Cristina Capelo from Spotify showed us how to use backend-driven native UIs to make answering this question ...
Mobile @Scale 2016

When mobile IDEs need to scale

Michele Aiello immediately set the “crossing boundaries” theme by talking about Google building with Material Design, protocol buffers, C++, and Java on iOS: a journey which started with just one app and then scaled to more than 60.