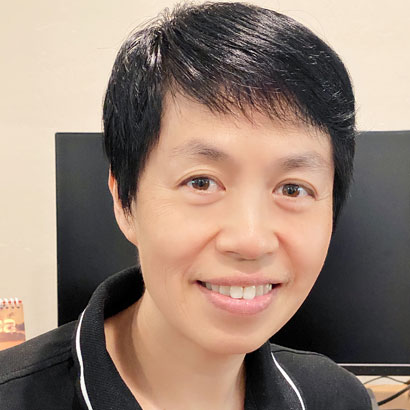 In this talk, we will mainly focus on the state-of-the-art AV1 software encoding capability for its deployment in RTC use cases, taking our Aurora1 AV1 as an instantiation. RTC in essence requests a sufficiently fast encoder with limited computational resource requested, so that it can be deployed in a wide range of client devices with minimum delay incurred. Meanwhile, the encoder should also collaborate closely with the network layer to handle varying and various networking conditions. AV1 as a codec standard provides several intrinsic critical features, making it a better fit for the RTC scenario. For instance, for the first time AV1 includes the Screen Content Coding (SCC) tools, such as IntraBC, palette, etc., in its main standard body, ideal for the coding of screen content that is widely present in such RTC use cases as video conferencing, distance learning, and remote desktop sharing.

Taking our Aurora1 AV1 encoder as an example, we will first demonstrate AV1 is quite ready and has already been deployed for RTC. For SCC, for instance, Aurora1 is able to conduct a steady 1080p real-time encoding in zero latency at speed of 15fps, using one single CPU core on a PC platform, consuming just a quarter or even less of the bitrate consumed by x264 superfast whereas providing a superior visual quality. Aurora1 can also encode 720p30 camera content real time and steadily over recent generations of mobile platforms, e.g. iPhone12, with a significant coding efficiency advantage as opposed to existing codec standards. We will present such advantages of AV1 for RTC with extensive, detailed stats data, comparing Aurora1 against widely acknowledged open source encoders, including OpenH264, x264, libvpx-VP8/VP9, SVT-AV1, and liabom RT (libaom real-time mode). We will also introduce AV1’s scalability support, as well as its natural integration with WebRTC across various PC and mobile platforms, optimized for both x86/ARM architectures. We will illustrate different speed presets provided by Aurora1 and confirm that more aggressively faster speed levels are being developed. We will also describe the role that is being played by dav1d, an open source AV1 decoder led by the joint efforts of VideoLAN and FFmpeg, funded by AOM, together with the ecosystem of AV1 that is being gradually formed.