Evolution of high-performance networking in Chromium 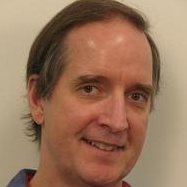 After wowing the audience with some surprise sleight-of-hand magic, Jim Roskind of Google gave us a taste of the power of gathering metrics at scale to guide performance engineering. Jim started his talk with an overview of client-side histograms. Histograms in Chromium are super-fast at runtime — a “slow” setup path allocates the histogram buckets and defines their dynamic range, but after setup everything is lock-free and lightning-quick. The framework has a simple developer API for bumping up counters, which lets engineers record metrics with as few as 2-3 lines of code. After an overview of their histogram framework, Jim showed off examples of successful investigations they’ve done into DNS resolution, TCP connection latency, UDP reachability, and the efficacy of FEC. These findings influenced the design of the QUIC network protocol, which is used heavily by Google.