The keys to actionable perf investigations 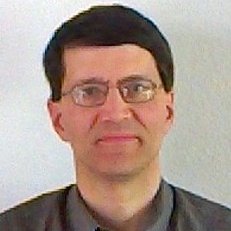 After a break for lunch, Vance Morrison from Microsoft pulled us into the world of client-side performance analysis using PerfView. Over the course of Vance’s career, he has done countless performance investigations into the .NET Runtime. From all these experiences, he has been able to distill a few key takeaways. Vance walked us through his investigative process with a live demo of PerfView. Focusing specifically on CPU time spent in threads, he showed us how to collect traces of an example app and dig into the call trees. A major difficulty of stack trace analysis is the vast quantity of data, so Vance focused on how to narrow down traces to just the meaningful parts: hiding external processes and libraries, semantically grouping subtrees, and focusing on leaf nodes instead of root nodes. From there, he showed the weakness of simple stack trace analysis when diagnosing asynchronous code. Fortunately, PerfView was able to trace execution across asynchronous boundaries, making a historically difficult problem easy. Lastly, he showed a technique for importing JSON-formatted trace data into PerfView, which makes it possible for any platform to easily export trace data to PerfView for analysis.